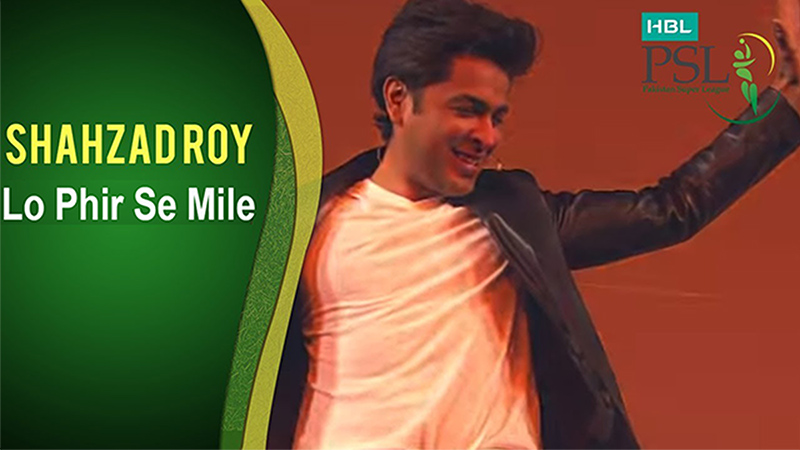 While hockey may be our national game, it’s cricket that has the power to unite Pakistan and there’s no one who can deny that. And while the World Cup happens every fourth year, there are smaller and equally exciting tournaments that hold the cricket-mad nation entertained. Pakistan Super League, now in its third year, is one such example. HBL PSL 2018 Lo Phir Se Mile Music Video.

HBL PSL 2018 Lo Phir Se Mile Music Video. 2018 Pakistan Super League (also known as PSL 3; promoted as HBL PSL 2018 for sponsorship reasons) will be the third season of the Pakistan Super League, a franchise Twenty20 cricket league which was established by the Pakistan Cricket Board in 2015. It will feature six teams, which will be the first expansion on the league since its formation. PSL 3 have 34 matches and 3 will take place in Pakistan.

The 2018 PSL will feature six team franchises, with five teams which also appeared in previous seasons; and a new team based in Multan.

The player draft for the 2018 season was held in Lahore on 12 November 2017. 501 players, including both Pakistani and international players, were divided into five different categories. Each franchise was allowed to pick a maximum of seven foreign players in their squads, which could have a maximum of 21 members.

Similar to 2016 and 2017 seasons, most of the matches of 2018 season will be played in UAE. However, some matches are planned to take place in Pakistan; they will be played in Lahore and Karachi, subject to security clearance. Each foreign cricketer who plays PSL matches in the country will be paid extra US$10,000 for each of these matches.

The International Cricket Council security team visited National Stadium, Karachi, on 23 October, to ensure its condition. So, chairman PCB Najam Sethi said on 22 November that the renovation of stadium will be completed in February 2018, to host PSL Final.

The HBL PSL 2018 Lo Phir Se Mile Music Video features the passion that radiates from every corner of this cricket loving nation.

“I have been associated with Pakistan Super League, something that will continue in the upcoming third edition.”

The 3rd HBL PSL tournament is set to take place in the United Arab Emirates starting 22nd February. Let’s hope Karachi gets to host the final this time around.