The government of Sindh has announced a special shuttle bus service for PSL Final Karachi for the public at various points in the city. The match is scheduled to start on March 25th in Karachi National Stadium, the public can now avail the bus service from various locations and routes to reach the stadium to watch the game. PSL 3 Final Karachi Free Shuttle Service.

This was stated by Sindh Minister for Information and Transport Syed Nasir Ali Shah while talking to media persons outside the Sindh Assembly Building on Monday the 12th March 2018. PSL 3 Final Karachi Free Shuttle Service.

Chief Minister Sindh has approved the decision to run shuttle bus service in Karachi for the Final Match of PSL 3, during the meeting concerned department’s official briefed about the plans for PSL Final Match at the national stadium of Karachi where he appreciated the bus service idea and approved it. PSL 3 Final Karachi Free Shuttle Service.

According to the details provide by ARY, the shuttle bus service will be available for the public at 47 different points in the city of Karachi coupled with 300 buses running on the routes defined. Sindh Police also recommended initiating a ban on pillion riding during the game in order to keep law and order situation under control which the chief minister has rejected outrightly. PSL 3 Final Karachi Free Shuttle Service.

He ensured that Sindh government would take necessary measures to facilitate the public during the PSL final in Karachi. He also urged authorities to clean the roads and ensure smooth transport arrangements to reach the stadium.

However, he sought cooperation from the public for smooth holding of this event. He also requested the media to support the government’s efforts in this regard. Organizing the PSL in Karachi would contribute to projecting soft image of Pakistan, especially of Karachi.

He thanked Chairman, Pakistan Sports Boards, Najam Sethi for organizing the PSL final match in Karachi and hoped that he (Sethi) would continue to hold international cricket events in Karachi.

The Minister also informed that at the end of the match, a musical programme would start there for the spectators so that the players could departure from the stadium smoothly and safely.

On 19th March 2018 the traffic plan for the PSL 3 final to be held in Karachi was unveiled by police officials and the Sindh information minister on Monday. 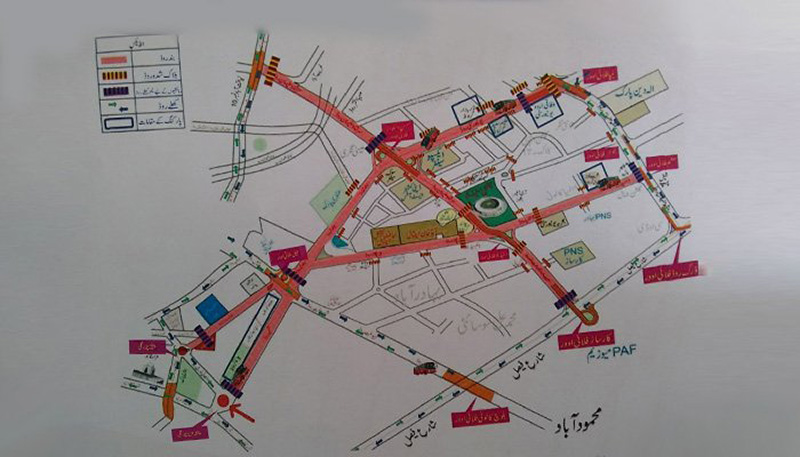 According to the plan, details of which were disclosed during a press conference earlier today, the routes leading to and from Hassan Square and New Town would be closed for traffic on the March 25th 2018.

A shuttle service will be operative to ensure ticket-holders reach the stadium.

A total of 1600 traffic police officers will be deployed across the metropolis to assist commuters in avoiding traffic jams and other hurdles.

On the day of the match, citizens will not be allowed to travel on foot. Only ticket-holders will be allowed to bring their vehicles into the parking area.

The PSL 2018 final will be held at the National Stadium Karachi. Strict security measures are in place in order to avoid any possible security breach.