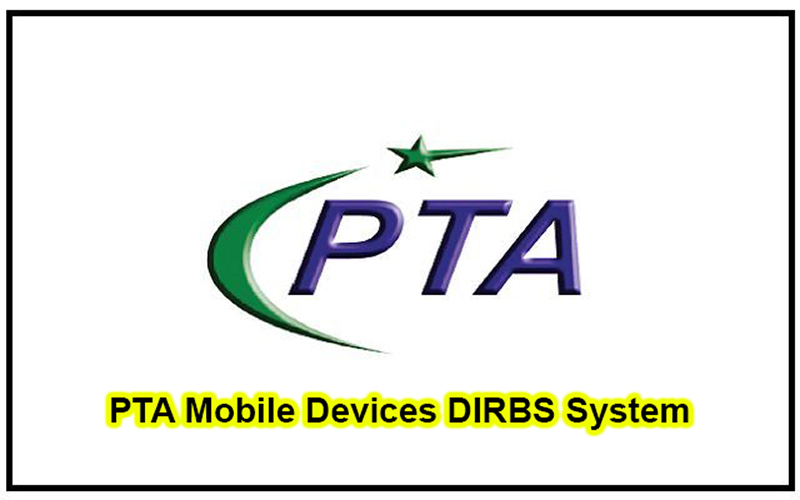 The new system is called ‘Device Identification Registration and Blocking System’ (DIRBS). The system uses the distinct IMEI number of each device, along with other parameters, to help in identifying, monitoring and regulating such devices. PTA Mobile Devices DIRBS System.

The IMEI of illegal devices will be reported to the cellular companies and other concerned bodies and will be blocked later. The DIRBS was launched on Thursday the 10th May 2018 in collaboration with Central Asian Cellular Forum and the Mobile Industry here at PTA Headquarters Islamabad. PTA Mobile Devices DIRBS System.

Chairman PTA Mr. Mohammad Naveed was the chief guest whereas Mr. Abdul Samad, Member Compliance and Enforcement PTA, gave a very detailed presentation on the benefits and working of the new system launched by PTA to curb the import and use of illegal devices in the country. PTA Mobile Devices DIRBS System. 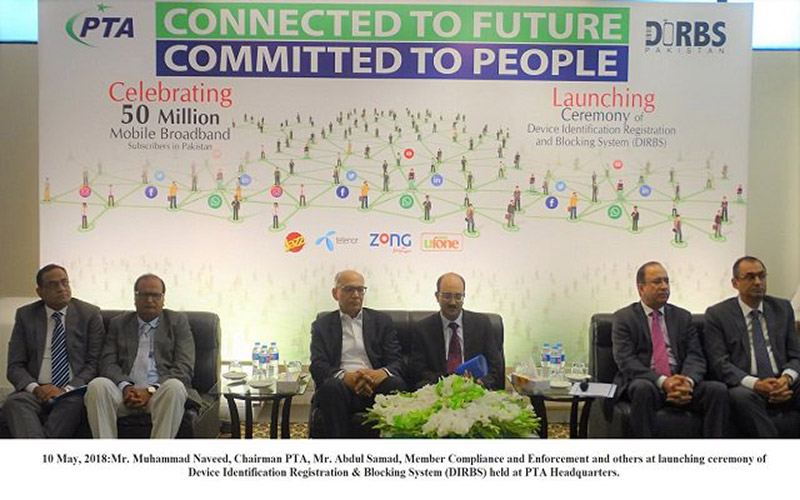 The Ceremony was also attended by prominent IT and telecom industry experts, CEOs of telecom companies, and media community. Member Compliance & Enforcement answer questions from the media on the new system DIRBS during the event.

The telecom regulator of Pakistan will operate the DIRBS as a ‘Centralized Equipment Identity Register’ to discourage the use of mobile devices that are smuggled or illegally imported. This system will generate different lists, categorizing the legal status and authenticity of all handsets. Each distinct IMEI will be paired with a specific ‘Computerized National Identity Card’ (CNIC) belonging to its registered user, who must be officially connected through a particular cellular network.

“The Authority is cognizant of telecom consumers’ needs and is taking number of steps to facilitate them in resolving their issues.”

“PTA has always been engaged in facilitating telecom consumers with best telecom services along with due protection of their rights. Chairman further added that the statistics of telecom growth in Pakistan are evident of the satisfaction level of telecom consumers with the quality of telecom services provided to them. He said that today the mobile operators have increased this coverage to over 65% of the population. Broadband subscribers that stood on 1.3 million till 2014 with limited speed offerings today has crossed a milestone of 50 million (2018) with mobile broadband speed crossing 20 Mbs (download) and fixed broadband speed crossing 100 Mbps (download).”

Once the DIRBS system gets activated by PTA and the database starts adding stolen, smuggled and counterfeit devices IMEI’s, this would render the devices useless and would be unable to connect to local mobile networks. All those reported stolen and smuggled handsets would become blacklisted in PTA’s database and they would stop working.

Not only would this curb imports of mobile devices via illegal channels but also give the users reassurances that the phones they are using are approved by PTA. PTA will also install the required hardware, software and infrastructure for DIRBS to enable the mobile phone producers and network operators to report to PTA and block any illegal device or businesses that deal in stolen devices.

Moreover, DIRBS will provide; updated ‘Black Lists’, ‘Exception Lists’ and ‘Notification Lists’ to the Mobile Network Operators (MNOs) at regular intervals. Consequently, the MNOs will use these lists for blocking and unblocking of mobile devices and intimation to the subscribers, wherever required.

This step will enhance the government revenue and benefit the telecom ecosystem. This type of system is already being implemented in other countries which have shown positive outcomes. In Pakistan, we also hope such a system will bring some positive changes in the mobile world.